How famous companies were pitching when they were startups.

8 pitch decks analyzed.
If you clicked on this article you've probably seen some of the pitch decks here or googled "famous pitch decks". It is fun to see how big successful companies were pitching when they were just a startup and how it all started. However, it is important to understand a few things.
A pitch deck of a successful company now won't necessarily help you create a winning pitch deck. It worked for them, but it doesn't mean that it will work for you. Also, do you really think that investors haven't seen by now all the pitch deck templates and copies?

What you can do is learn from their mistakes and successes.

Let's look at these pitch decks and analyse what's good about them and what you should avoid when doing a pitch deck for your startup.

Uber is perhaps one of the most notable companies in the world. Having once been the most valuable startup it changed the ridesharing and transportation market for years to come.

Uber was founded in 2009 and grew quickly. The first Uber ride was requested in 2010 and just two years later in 2011, Uber had already launched internationally.[1]

Different scenarios. It is important to show what are the potential outcomes of your startup. Investors want to know what they can expect in a realistic, best-case and worst-case scenario.

Comprehensive information. All the important points are covered.

Clear change to an established system. As an investor, you can understand right away how their idea was better than the one that has been there before

No design. Of course, sometimes you need to make something fast, and a simple presentation with white background might be the best solution. However, if you want to stand out and be remembered, the design is important.

Unreadable data visualisations. There is no point in putting a chart on the slides if you can't see what it means. Slide 3, 15, 17, 19, 21, 24: that's 6 slides that have unreadable charts and maps.

No final slide. It's better to end your presentation with a CTA and your contacts. 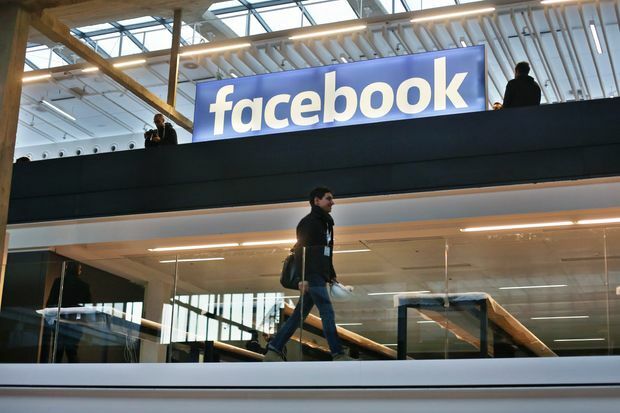 In 2004, a group of college acquaintances launched a new online social media platform with the goal of bringing Harvard students together through an internet community. Since then Facebook has grown to become one of the most influential social networks on the planet, with over 2.8 billion users.

The original Facebook pitch deck from 2004 served more as a media kit. It was intended to attract possible advertisers in order to make Facebook public. The first outside investor, billionaire venture capitalist and entrepreneur Peter Thiel gave $500,000 to Mark Zuckerberg.
Facebook Pitch Deck from startuphome

Explicit traction. Facebook did a good job showing how relevant this service is to Harvard students, but also to other universities around the country. It gave more trust in their expansion plan.

Analysis of potential audience. Facebook knew its target audience well and you can see that in their pitch deck. This way investors believe that you know what you are saying.

A clear way of monetisation. There are solid numbers when it comes to user growth and advertising categories, which in the end was what made Facebook special.

Too much text. Even though the information in the pitch deck is relevant, in terms of design they could use less text on certain slides.

Lack of important slides. To make it a proper pitch deck this presentation should include slides like "Why now", "Problem", "Solution", "Team", etc. 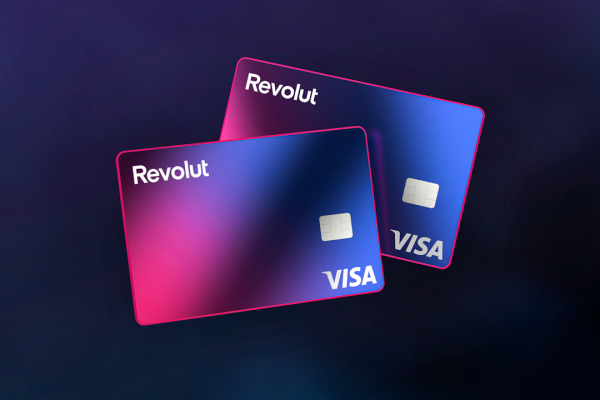 Revolut is currently the highest valued fin-tech startup in the United Kingdom. The main idea is to allow users to easily make payments in a big range of currencies.

Since its founding in 2015, the company has seen tremendous global success, and in April 2018 it was declared a unicorn startup.

Below is the pitch deck Revolut used to raise a £1.5m seed round of funding.
Revolut pitch deck from BaseTemplates

What did Revolut do right in their pitch deck?

Simple coherent design. There are no complex graphics. The style is coherent throughout the whole pitch deck. That makes it easy to comprehend the information.

Content is concise. The text on the slides is understandable and very user-friendly. Pitch decks with little text have better chances of keeping investors' attention.

Clear business model. The investors can clearly understand how the startup is going to gain money in future.

Distribute information. Slide with competitors can be easily divided into 2. As well as slide Projections & Our ask deserves to have 2 separate slides.

Details on why they need funds. From the pitch deck, it is not clear why Revolut is seeking funds. Is it for expansion? Or product development? Make sure to note that in your pitch deck.

Misplaced contacts. There are contacts only on the first slide of the pitch deck. The final slide is where you put contact details with Call-to-Action so that investors know with whom they are meant to communicate.
Money-making pitch deck by a team of professional presentation designers
$16.5 million was raised by our pitch decks
Let us help you highlight your product to its best advantages in 5 easy steps. We have been making world-class PowerPoint presentations since 2014. Since that time, we have worked with 500+ clients from 25 countries and made 700+ presentations. 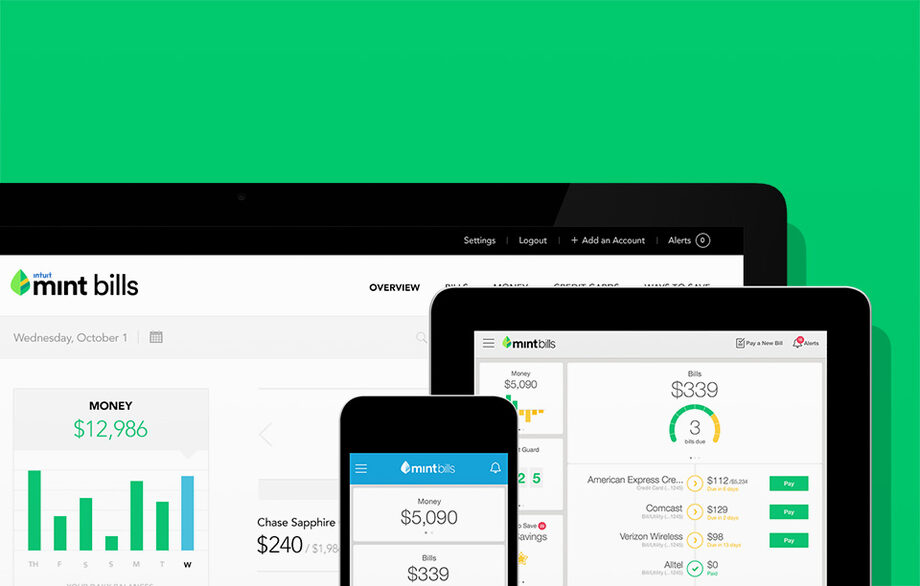 Mint is a personal finance software service and it was released in September 2006. In November 2009 it had over 1 million users and it was purchased by Intuit for $170 million.

What Mint did right in their pitch deck?

Clear value. Tables help to convey why Mint is better for clients and partners if you compare it to other options. It is nice to highlight the main conclusion of your tables as well.

Bad design and unreadable data visualizations. Good design doesn't mean that everything needs to look pretty. The main goal is to convey the message in the most efficient way. In this pitch deck the charts are unreadable (slide 2), numbers are too small (slide 10) and it overall looks like the authors tried to fit everything on the slides.

No clear problem. Does anyone need their product? Is there a demand or a niche that Mint covers? You can definitely expect these questions at the pitch meeting.

Some important slides are not there. If you look closely at the slide about Business Model you will not see a straightforward description of it. It is also unclear how much funding Mint is asking for. Make sure you get the important slides right. 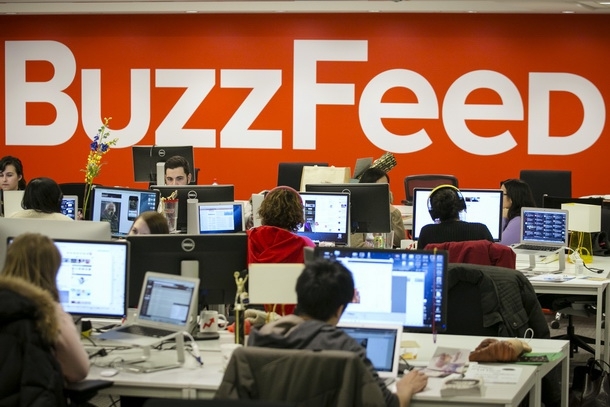 BuzzFeed is a multiplatform digital media firm which distributes news and entertainment to a worldwide audience. BuzzFeed was founded in 2006 and it was originally an algorithm that identified topics and articles from across the internet that appeared to be generating substantial traction to go viral.

They were able to raise a $3.5 million Series A round of funding from investor SoftBank in 2008, after legally changing the company's name to BuzzFeed. The pitch deck below was used in 2008.
BuzzFeed Pitch Deck from Tech in Asia ID

What you can learn from the Buzzfeed pitch deck?

Traction and their own technology. Impressive numbers at the start will for sure get investors attention. In this pitch deck, Buzzfeed shows that they have their technological part figured out and showed the potential of the product.

The clear difference from competitors. There are many news and entertainment platforms but Buzzfeed showed how they were different. It is an important part of the pitch deck as you need to show how you are going to do things distinctly.

Lack of structure. Investors expect a certain structure when you are presenting a pitch deck. Here, the slides do not follow a specific logic. For example, you only have a definition of Buzzfeed on slide 18, out of 21.

The team slide could be better. Why would investors want to fund this team? What is special about it? Do the team members have relevant experience? They could've added their achievements and photos.

Too many photos. It is good to use alternate types of slides because it is hard to follow the presentation with only pictures. 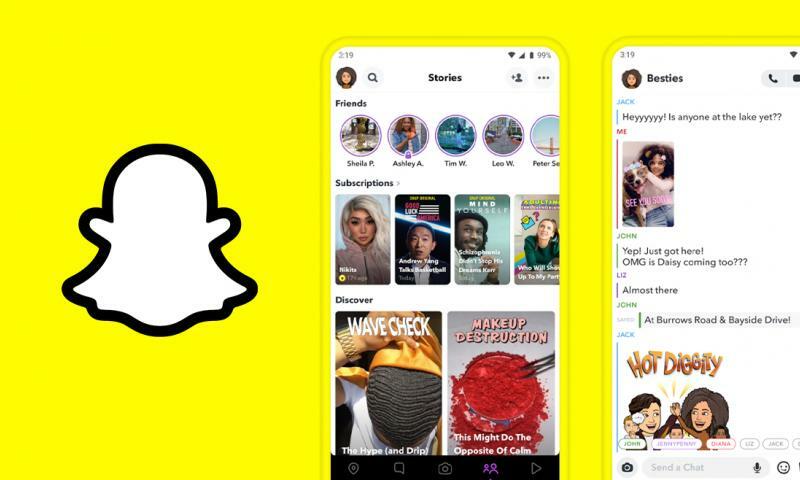 Snapchat is one of the most popular multimedia messaging app which was developed by Snap Inc., originally Snapchat Inc., in 2011 by Stanford University students.

Snapchat didn't generate any income in the beginning. This pitch deck is from July 2014, which is about the time Snapchat began releasing new business-focused products and services. This is not really a pitch deck for investors, but more of a sales presentation.
Snapchat Advertising Sales Deck from Ryan Gum

What did Snapchat do right?

Well-designed. A good example of simple, but effective. Choose colours that you are going to use throughout the slides and a good looking font for headings and body text. And most important, be consistent.

Understanding of the audience. When your product is already having some audience it is useful to look into statistics and find patterns. Those insights into your audience are interesting to the investors, include them in your pitch deck.

Complete the missing slides. To make it work as a pitch deck they should've added slides such as "Problem/Solution", "Team", "Investment need", "Business model". 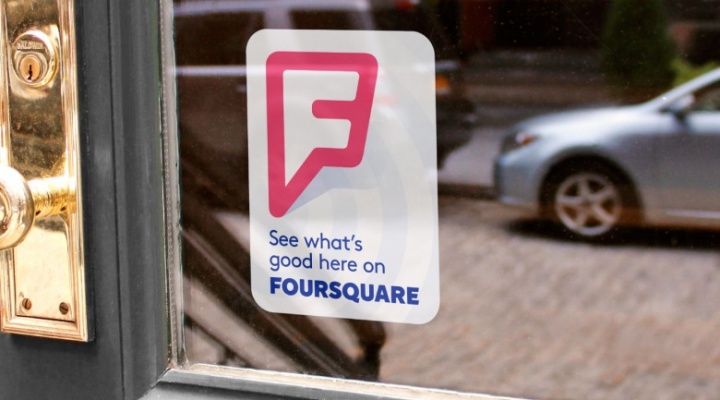 Foursquare is a location technology platform that provides a deep understanding of a place to provide commercial solutions and consumer items. Co-founders Dennis Crowley and Naveen Selvadurai founded the company in New York in 2009.

Below you can see the first pitch deck FourSquare showed to investors in 2009.
Foursquare's 1st Pitch Deck from Rami Al-Karmi

What's good about the pitch deck of Foursquare?

A detailed description of functionality. It is good to spend a good amount of time talking about the way a product works when you are introducing a new idea to the market. In this pitch deck, Foursquare shows a mockup of the phone to show the way the user would use their product.

Information for investors. What are the plans for the startup? Who is on board? How much funding do they need? Startup founders sometimes think that they can talk about it during the meeting but it's nice to have this information on the slides.

No design. Even if the presentation looks neat and simple it is in the end just slides with photos and text. You can drive your message better with visualized facts and figures.

Tinder is a geosocial networking and online dating application developed in the United States in 2012.

In May 2013, Tinder was one of the top 25 social networking apps online and in October 2014 Tinder users have done over one billion swipes every day, resulting in around twelve million matches per day.

What you can learn from Tinder pitch deck?

Use of storytelling. Tinder talks about the problem they are solving through a story of their founder. It is a story that people can connect with, therefore, they believe in the solution more. Use storytelling in your pitch deck to set up the narrative.

Design of the slides. The design of this pitch deck doesn't highlight what makes this product special.

Important slides are missing. If we judge this as a complete pitch deck there are several slides missing. Such as slides with:

As you have seen there are many things that can be improved in the pitch decks of famous companies. Every startup needs a well-designed, professional pitch deck if they want to impress the investors.

Get funding for your startup with a professional pitch decks!

Since 2014 our team of professionals worked with 500+ clients, including Fortune 500 companies (PepsiCo, 3M, P&G, SalesForce, Phillip Morris, BAT), startups and speakers, from 25 different countries. Our pitch decks helped clients to raise $16.5 million in total.
Houston, we have a presentation!
© 2014–2021 Your awesome Reprezent family